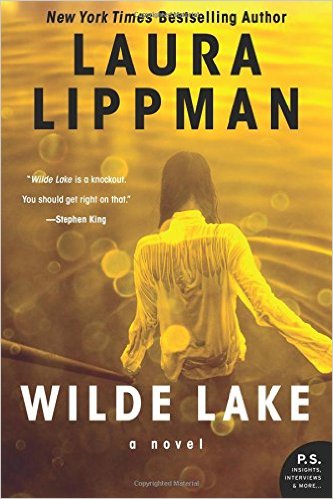 Wilde Lake is a novel about family, secrets, destiny, and mistakes. It centers around the Brandt family. Andrew Jackson Brandt is the state’s attorney and Maryland royalty. He’s a single father to Lu and A.J., having lost his wife shortly after Lu’s birth. The story is told from Lu’s point of view, years later. She has moved home to Columbia and been elected to that same position herself. Living in her childhood home, with her father, and even the same woman who helped raised her and her brother when she was younger.

The novel is told in alternating past flashbacks and present events. In the flashbacks, we learn mostly about A.J.’s past brush with the law. His senior year in high school, he and some friends were involved in a rape accusation, which went nowhere, but when the girl’s brothers seek revenge, there’s an accidental death. The flashbacks continue, filling in years since high school as well.

In the present, Lu is investigating her first murder case. A woman found beaten and murdered and left in her apartment for a week before anyone noticed she was missing. They have a lead, but not really a motive.

At first the flashbacks annoyed me. I was more interested in Lu’s present life, as a single mom after losing her husband, the adult relationship between her and her sibling A.J., her job as the first female state’s attorney, making a case against the homeless man found near the scene. As the novel continued, and the flashbacks came closer to the present, it became more interesting, and I was equally interested in both narratives.

The novel has been called a spin on To Kill a Mockingbird, which I didn’t know until after I read it, but I definitely see it: the black man accused of rape, a weird homeless guy, motherless children, the law.

Elizabeth reviewed the book when it was first released in hardcover. You should click over to read her thoughts too, if nothing else to see the hardcover cover, which much more accurately represents the novel. I do not remember anyone ever going swimming in the man-made town lake, but the gold color does portray that feeling of hazy memories and even suspense and foreboding.