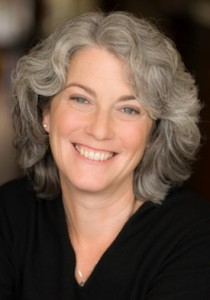 I always get a secret thrill when I open a book to find a signature written across the title page. I like to think of the author’s hand, resting on the paper, ink turning into a name. There’s a connection there, even if we’ve never met. I know we both spent time with that page, even before I turn it and start a relationship with the words inside.

It’s the same reason I like to go to author readings. If I have fallen in love with a story, I like to see the person who wrote it. The book becomes richer when I view it through the author’s eyes, and every once in a while, I hear something I am meant to hear.

Once, long ago when I was in my twenties, I went to the reading of a famous woman author. I had read several of her books and had a deep respect for her work. I listened as she stood at the podium and spoke about her characters, about the way they talked to her, took over the story and hijacked endings and became more real than the actual people in her life. I sat in the audience, skeptical. I thought perhaps, even though her characters were some of the most vivid and believable fictional people I had ever encountered, that this was something her publicist had told her to say to make her appear mystical or impressive.

And so, when I went up to her later and asked her to sign my book, I said something that could only have come from the mouth of a very young writer.

“I’m a writer,” I said, “and no characters have ever talked to me.”

She just looked at me and smiled.

“Well,” she commented, her eyes kind, “perhaps you aren’t listening.” And then she signed the book and handed it back to me.

I thought about her comment for almost two decades, as I had children and raised them. As I wrote and wrote and wrote, but nothing seemed to stick. And then one day when I was forty-three I got an idea for a novel about a cooking class. I didn’t know who the characters would be; I just believed they would show up. So I waited, curious. Listening.

And the funny thing was that they did show up then. One after another, populating the pages, telling me their stories, which were quirky and compassionate and deeply human. They were there when I awoke at two in the morning, there as I walked around the lake. I cared about them, as they filled book after book with their lives.

Now I often drop into bookstores and offer to sign my own books. But I have noticed something funny – no one ever asks me for identification, even when they don’t know who I am. It made me think that maybe anybody could just sign someone else’s books. And before too long, there was a character named Al in my head who was going into bookstores and pretending to be various authors – a small moment of rebellion in an otherwise ordinary life. I loved Al; I loved hearing his voice inside my head. But perhaps as much as anything, I loved the way he and his story made so many things in my life come full circle. And trust me, I am going to smile when I sign those books.

Guest contributor Erica Bauermeister is the bestselling author of The School of Essential Ingredients and Joy for Beginners. Her most recent novel, The Lost Art of Mixing, was published January 24th, 2013. To learn more visit www.ericabauermeister.com or www.facebook.com/EricaBauermeister/Author.

NOTE FROM JENNIFER: All of the links above go to my reviews of her previous novels. I highly recommend them. Leave a comment on this post, AND a comment on my review of The Lost Art of Mixing to be entered to win a copy for yourself (U.S. only).

« The Lost Art of Mixing
The Tragedy Paper »