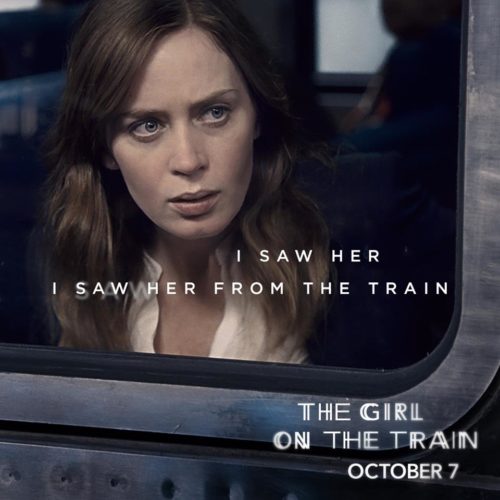 This is a sponsored giveaway from Universal Studios. Stay tuned for information how to enter to win a $100 Visa gift card and some Girl on the Train gifts.

I read the Girl on the Train when it first came out in early 2015. I didn’t like it as much as some did. I actually liked the story, but the telling of it left me somewhat flat. Here’s an excerpt of my review:

Rachel is the girl on the train. She rides the same train at about the same time into London each morning and evening. There’s an area along the track where the train usually slows and stops, and Rachel takes that time to stare at the homes that are right along the track, glimpsing the life that she wishes she has. She fills in the gaps in the lives of Jess and Jason who she sees in their backyard.

We learn more about Rachel in her chapters, and she’s in a pretty sad state at this point in her life. We find out why, but I didn’t really connect with her personally. I didn’t understand her choices, but I didn’t feel judgment towards her, nor did I feel much compassion.

Alternating chapters are told from Jess’ point of view, and of course their stories end up intersecting.

There are plenty of twists and turns in the murder investigation that involves both Jess and Rachel.

Read my full review of the Girl on the Train (as well as the comments containing others’ thoughts) from 2015.

Since it was the writing and not the story that fell flat for me, when I began seeing the previews for the movie, I was definitely interested. The cast guaranteed good acting: Emily Blunt, Rebecca Ferguson, Haley Bennett, Justin Theroux, Luke Evans, Allison Janney, Edgar Ramirez, Lisa Kudrow and Laura Prepon.

Click over to 5 Minutes for Mom now for more information about the movie, in theaters now, and a chance to win a prize pack worth over $100. 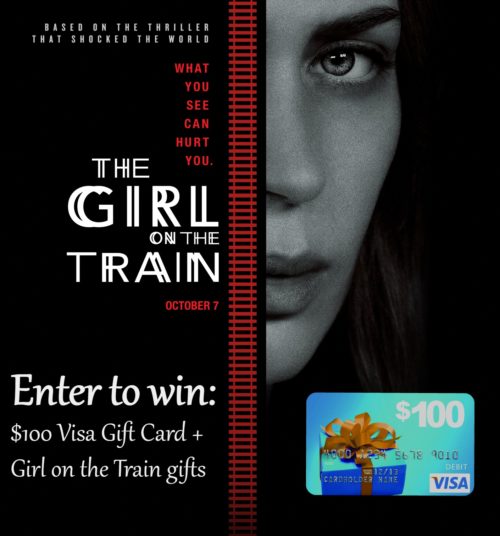