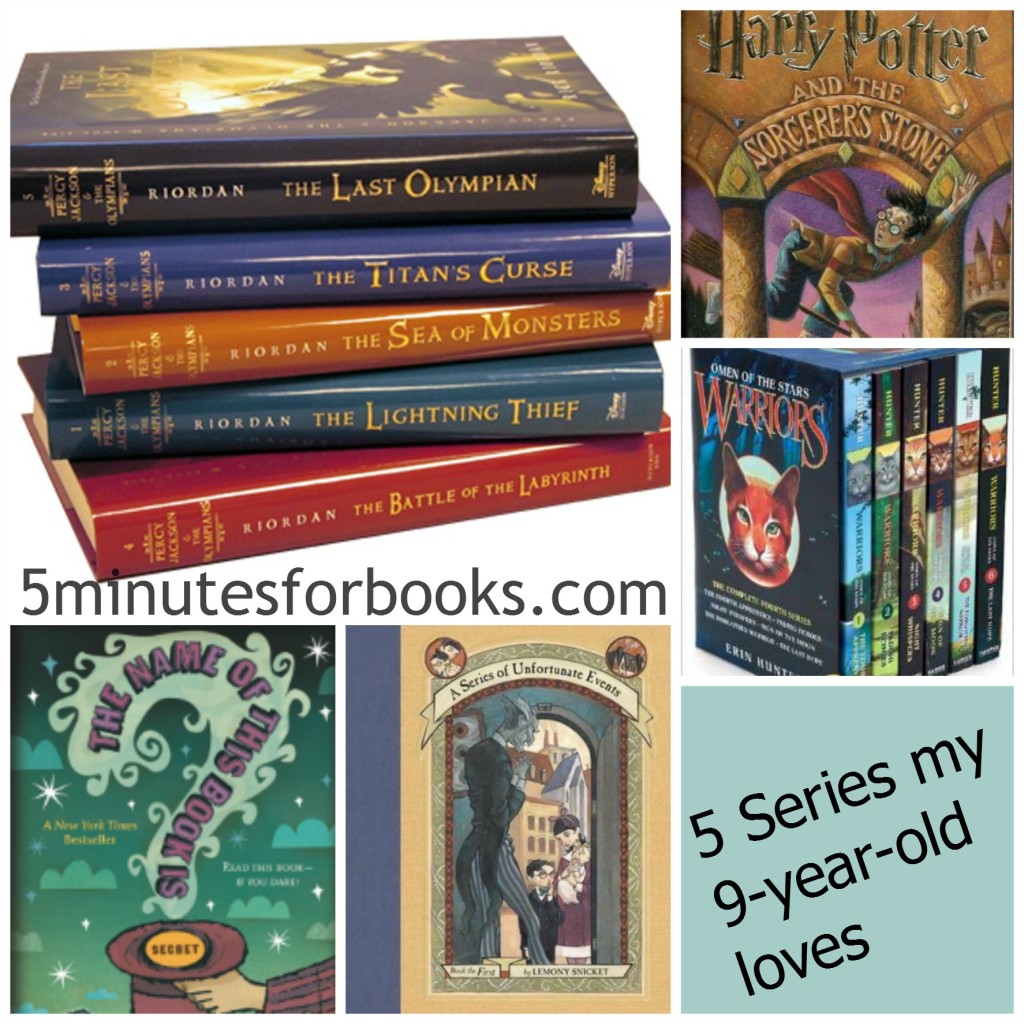 My son was always a good reader, but he didn’t always love reading. I can tell the difference between a book that he loves and a book that’s just okay, because he flies through the ones that really grab him. If it’s a series, he goes from one to the next without even coming up for air. Here are 5 series my son loved, and ones you might consider for your 4th – 6th grade readers (Edited — I showed my son this post, and he said, “I’d say up to 8th grade,” and he’s really correct. Any of these series can be appreciated through middle school for sure.)

Percy Jackson by Rick Riordan — This series started it all. He started reading them at the end of last summer, and literally tore through them, loving every minute. He calls them “Adventurous and cool and funny”

Warriors by Erin Hunter — After finishing the first series of the Percy Jackson books, he began this series since a friend of his was reading them. There are multiple series, each with 6 books. He’s currently midway through the 3rd series after only beginning them in September. He describes them as “really awesome.”

Secret Series by Pseudonymous Bosch — My daughter loved reading these and thought it was time to pass them down to her little brother. He read these thick books quickly. He calls them “Funny and adventurous.”

A Series of Unfortunate Events by Lemony Snicket — I had some weird prejudices against this series until Amanda and I read the first couple together recently. I figured that my humorous quirky son would like them, and the fact that he’s over halfway through the series indicates that he does. He says he likes them because they are “Witty.”

Harry Potter by J.K. Rowling — He’s only read the first two, because we’re taking them slowly, but he’s excited to read more. He calls them “Adventurous, very fun to read because a ton of things happen in one book.”

What series keep your child reading? I’d love to hear some recommendations. Leave me a comment and let me know.

Look at the Related Posts below to see some of the non-series books that he read voraciously.

« The Devil Walks in Mattingly
Ways of Leaving »