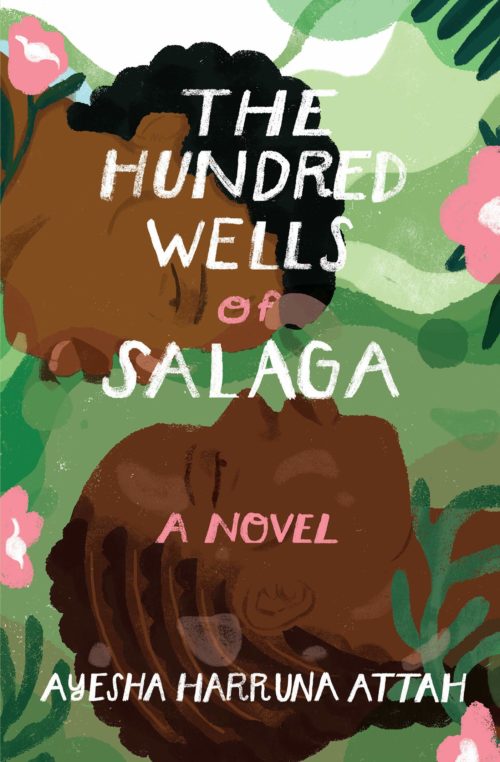 At the end of the 19th century, the land that would become modern-day Ghana was in a state of flux. Germany and Britain were both vying for dominance while the powerful Ashanti tribe gobbled up land and gold, the slave trade was still actively practiced by certain tribes, and life was changing fast.

Aminah is a young woman living with her father’s two wives and multiple children in a poor inland village, part of an animistic tribe. She is mainly content with a life constrained by daily needs of cooking, cleaning, watching children, and preparing for the excitement that a roving caravan might bring in the form of trade and news. When the caravan brings slave traders who capture her and her twin half-sisters, burning her village to the ground, her somewhat passive nature allows her to acquiesce where her sisters can’t. She is taken to Salaga, a town near the coast that is famous for its 100 wells, which are used to wash the bodies of the captured slaves to prepare them for sale.

Meanwhile Wurche is struggling with her fate. A princess born in warrior tribe, she is discontent with her lot in life and longs to lead warriors and make decisions, rather than learning life lessons in traditional womanhood from her grandmother. Her tribe is Muslim and their traditions, culture, geography and even body types are opposite Aminah’s in many ways. Wurche views marriage as confinement and plans to sneak into her father’s assemblies. The story moves back and forth between the two women, both of an age, but the reader knows what is coming. Their real connection is in many ways the slave trader Moro, and we are allowed to see him through the eyes of several different characters.

One thing I appreciated about this novel was its lack of a traditional villain. Both Wurche and Aminah may be characters that moderns would view with pity, but they see no reason to view themselves that way, and the novel grants them the dignity of their times. Even Moro is complex and well-realized. The Hundred Wells of Salaga  brings to life a time and place not well known, and a history that is as multi-faceted and mixed-up as real life inevitably is.

Author Ayesha Harruna Attah based this novel on the history of her own family, but she has not fallen into the trap of viewing one’s own with sentimentality. Her clear-eyed description of Ghana’s past at a time of great change is fascinating, but it’s her portrayal of the lives of Wurche and Aminah that makes it truly memorable.

« Say Something!
The Moon Sister »