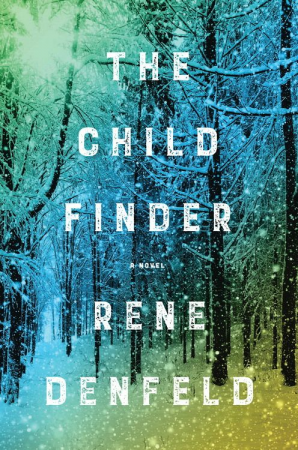 Naomi can find missing children. She has an uncanny ability to put herself in the missing child’s head, notice fine details that others have missed, and figure out what happened. She has a string of grateful parents in her history, because even when she hasn’t found the child alive, at least she’s brought closure.

3 years ago, Madison Culver, age 5, disappeared while her family was choosing a Christmas tree in Oregon’s Skookum Forest (yes that is it’s real name). There’s been no sign of her since. Her parents come to Naomi, asking for help, and Naomi begins to explore the area, paying special attention to the tiny town where there’s not much more than a general store. She gets to know the locals, learns their stories, prying for inconsistencies. She goes deep. She also spends time alone deep in the forest, finding tiny things that may be inconclusive in themselves.

She doesn’t usually take on two cases at once, but she finds herself pulled into another one–a missing baby, an autistic and mentally impaired mother, and a frantic grandmother. Naomi has a bad feeling, but she agrees to the search anyway.

Perhaps the reason Naomi is so good at finding lost children is because she was once one herself. Her memories begin with running as fast as she can across a field, to a migrant camp where the people take her in cars to a sheriff’s office. She remembers growing up with a very kind older woman and a foster brother in a remote small Oregon town, and how she came again to trust and to live. Now her foster mother is dying and she’s back in contact with her foster brother, who may be the only person who really understands her.

The novel goes back and forth between Naomi and a very imaginative child, named the Snow Girl, who is doing all she can to survive in a very remote cabin with a deaf hunter who has lived there almost as long as he can remember. She finds the letter B carved deep into the dirt in a corner of the cellar where’s she kept, and knows she isn’t the first child who’s lived there. She’s 8 now, wearing tiny clothes much too small for her, and wondering if Mr B will ever relax his hold on her.

The Child Finder isn’t just another thriller, not just another suspense novel that’s a little too gory. It’s suspenseful yes, but it also feels very real and believable, and offers a story of redemption and hope for families, and a testimony to the human ability to survive and even thrive again.

I want this book to have a sequel. I want Naomi to keep finding lost children, keep discovering more about her past, finally get together with the one man she belongs with. I don’t think the author is planning to make this a series, but here’s a plea for it. Naomi is appealingly flawed, strong and weak in all the right places, and very sympathetic. I really enjoyed this book, and highly recommend it.

« Windows
A Bible for Readers »