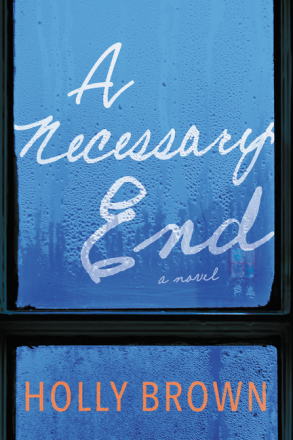 Adrienne is 39 and desperate for a child. She’s usually a woman who gets what she wants too. Last time she wanted something this desperately, it was her husband, and his brother ended up committing suicide over it. Gabe, her husband, is ambivalent about the whole baby thing, but Adrienne does what she wants. When Leah, age 19 and 7 months pregnant, announces she’s willing to choose them as her birth parents, Adrienne will agree to anything–even Leah’s stipulation that she live with them for a year before signing the adoption papers.

This is in spite of the fact that she was fooled once before by a would-be birth mom who turned out to be leading them on. Most people would say “once bitten, twice shy” but Adrienne isn’t going to let anything stop her from achieving her goal of motherhood.

Leah says that birth moms get overlooked. Her baby is going to get a new life in California–why shouldn’t she? She even looks a lot like Adrienne did at that age, only even prettier. She finds Adrienne stressful and controlling, but connects with Gabe. The two of them often stay up late at night talking while Adrienne sleeps, and Gabe teaches her to play poker, his main hobby.

When the baby’s born, they name it after Gabe’s dead brother, and that fact only deepens Gabe’s ambivalence towards the child. Their marriage is unraveling, Leah and Gabe are getting closer, and I basically spent the entire book yelling at the characters in my head. Adrienne in particular is really self deceptive. Even though I knew that was a major component of the plot, it still frustrated me. I wanted them to have family and friends to speak truth into their lives, but of course people in denial cut others out of their life. And you know all along that there’s going to be a weird ending. “I know now that there was no other way things could have turned out. Tragedies are inevitable, just like the great love stories, like us,” Adrienne says at the beginning of the novel. The longer things go on, the more the reader’s feeling of dread grows.

Although I can’t exactly say I enjoyed A Necessary End

, Holly Brown has created a story with people that stir up emotions in the reader. She’s a good writer and the plot is well put-together and gripping. Adrienne was a little too messed in the head for me, but there is a lovely plot twist in there that’s very well done and that I didn’t see coming, although it all made sense in retrospect. The book has lots to offer those who like their protagonists complicated and twisted, and their plots a bit dark.