From the editor: I am once again taking a few liberties with this column. When I read the press materials from the publishers of Hannah’s Dream (about which I raved HERE yesterday), I learned that the author, Diane Hammond, worked as a journalist the real whale upon whom the movie Free Willy was based, and that experience helped birth her current novel. I couldn’t miss the opportunity to let her tell you more in her own words.

When a Killer Whale Becomes an Asian Elephant

If you have children of almost any age, you’ve probably seen the movie Free Willy. For those few who haven’t, the film is about a captive killer whale named Willy that’s set free by a brave young boy. Willy was played by Keiko (pronounced kay-koh), a killer whale not nearly so lucky. Once wild, by the time the movie was filmed he was living in a cramped, hot pool at an amusement park in Mexico City, where he was more than a ton underweight and suffered from a chronic, stress-related papilloma virus that gave him clusters of skin lesions. He couldn’t have been less like the glossy creature that made his leap to freedom over a stone jetty. (An insider’s note here: Keiko didn’t make that leap, or appear in any other scenes that were shot outside of his pool. Those starred a life-size, neoprene-clad model fondly named Fake-o.) 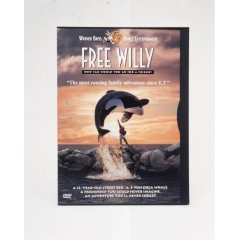 But luck can change. The amusement park owners sought out animal welfare activists who formed the Free Willy Keiko Foundation and built a rehabilitation facility for Keiko at the Oregon Coast Aquarium in Newport. He was moved there in 1996 and, as befits a movie star, became an overnight media darling.

Even better, he got well.

As his press secretary, I had a seat front and center for the amazing early months of Keiko’s rehabilitation. His keepers spent hours each day swimming with him in a pool so cold that without a wetsuit or survival gear you’d lose consciousness from hypothermia in less than thirty minutes. Rain or shine, summer or winter, day in and day out, this handful of young men and women petted him, nursed him, played tag with him, spent holidays with him, and came up with creative ways to bring his mind as well as his body back to health. By the time Keiko left Oregon in 1998 for the North Atlantic, he was a masterpiece of buff muscle and hearty vitality.

I had always assumed that I’d write about what I’d seen and learned in those two remarkable years—especially about the bond that developed between Keiko and his staff. And I tried. But it quickly became clear that I had neither the distance nor the objectivity that the story required. I moved on to write my second novel, Homesick Creek, instead. But in 2002 I went back to thinking about Keiko all over again.

My husband Nolan Harvey, who had directed the killer whale’s rehabilitation, suggested that it might help if I transferred what I knew and had experienced to a member of another species. Why not make that animal an elephant—another huge and broadly charismatic species?

Because, I said, I know absolutely nothing about elephants.

Maybe so, but you’re a fast learner.

I wasn’t convinced, but I let Nolan introduce me to a couple of keepers at Point Defiance Zoo and Aquarium in Tacoma, Washington, who were willing to help me learn my way around an Asian elephant. Even among zoo keepers, elephant keepers are a breed apart, and not just because the animals in their care can—and sometimes do—kill them without notice, intent or provocation. Elephant keepers work with these enormous, powerful animals day in and day out because there’s a quality, they say—call it a presence, an intelligence, a soul—that sets elephants apart.

Keiko’s keepers said the same thing about him.

Maybe, I thought, I can do this.

So at the hands of excellent teachers, I learned about protective versus free contact (working with an animal from behind a barrier versus moving unprotected within the same physical space); about elephant body language; about what pleases them and hurts them and what problems are common among elephants at zoos, especially the older and second-rate ones.

I was hooked. Now all I needed was a story, which I failed to find until one day, by pure kismet, I stumbled upon television footage of a man named Solomon James, Jr., who was unshackling for the last time an Asian elephant he had taken care of for twenty-two years. He had just transported her from her small zoo to the Elephant Sanctuary in Hohenwald, Tennessee. He was struggling to maintain his composure as he unchained her for the very last time. Theirs was obviously a strong bond, the details of which I could only imagine. In fact, I did imagine them, through characters Samson Brown and Hannah. They became the centerpiece of my third novel, Hannah’s Dream, which tells the story of what can happen when incredible animals find homes in the hearts of incredible people.

It is a love story.

Find out more about Diane Hammond and her most recent novel at her website.