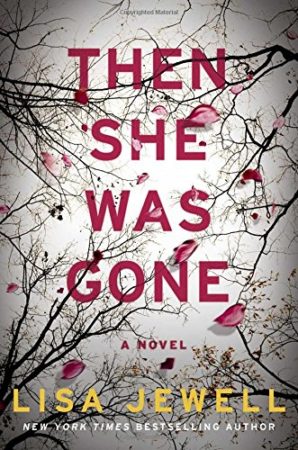 Every once in a while a book comes along that just sucks you in. I am not a fan of the term unputdownable, but there really is no other way to describe a book like Then She Was Gone by Lisa Jewell, now available in the US.

When 15-year-old Ellie Mack goes missing, the police conclude she’s run away. But her mother, Laurel, can’t believe her daughter, who had a boyfriend and was looking forward to her exams, would leave her family behind. The only sign of Ellie is a break-in 4 years after she disappeared, and the items that were taken lead Laurel to believe it was Ellie, though the police don’t agree.

10 years later, Laurel’s marriage has broken up, her other daughter Hanna barely acknowledges her presence, and new clues to Ellie’s disappearance have suddenly turned up. Then Laurel meets Floyd. He’s charming and funny, and Laurel is ready to put her past behind her. When Laurel meets Floyd’s daughter, Poppy, she’s shocked at how much she resembles Ellie, and she realizes her past isn’t as behind her as she thought.

Then She Was Gone is mostly told from Laurel’s point of view, but we do eventually learn what happened to Ellie in her own words, as well as first person perspective from another character whose involvement isn’t clear until well into the book. It’s a bit confusing in the beginning as details are revealed but it doesn’t take long to figure out where the story is going, though there are a few pieces of the puzzle that are withheld until the very end.

Any book that causes me to miss out on sleep and sneak in a few pages here and there when I’m supposed to be doing other things is one I highly recommend.