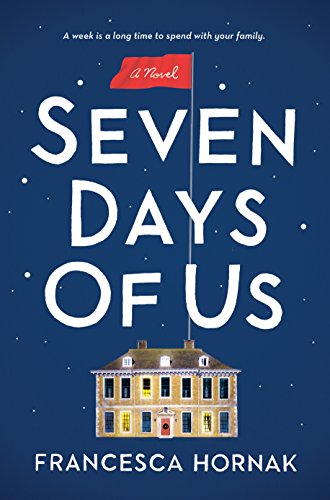 Ooh, yes please: the first topic is a topic to which I always gravitate, a little romance isn’t bad, especially if there are twists and turns, the holidays make a good backdrop to any story, especially because it acts to intensify any family issues while also adding a nice layer of nostalgia.

But a deadly virus? How does that factor in to this commonplace setting?

Olivia Birch is a doctor. She’s a “doctors without borders” type, feeling the call to serve others who are less fortunate. She’s just served the maximum amount of time in Liberia, treating the highly contagious (fictional) deadly virus Haag. Because of that, she has to spend seven days in quarantine when she returns. She can be with her family, but everyone has to stay in quarantine as she takes her temperature and monitors her symptoms daily. Olivia hasn’t been home for Christmas in a while, using her work as an escape from the family with which she doesn’t feel much connection. Her return has only confirmed that feeling. No one seems to want to really hear about what she’s seen or what she is feeling. She knew that her self-absorbed younger sister Phoebe wouldn’t be bothered to care, and her hovering mother Emma would probably want to ignore the tough realities, but she thought that her father Andrew, a former war correspondent, would understand and maybe they’d finally connect?

Andrew has been thinking about those days. His restaurant review column has been very successful, and he enjoys it, but is it really what he’s meant to do? He is experiencing more writer’s block than normal. He is also wrestling with the contact he’s recently received from a stranger in his past that would really blow things up for his family if it were to be revealed. He isn’t connecting with Olivia, because maybe he’s a bit jealous of her life.

Phoebe has just gotten engaged. He’s cute, he’s wealthy, so who cares if the proposal was a bit orchestrated and impersonal, and if the ring — though big and beautiful — is not “her”? She jumps right into wedding planning, even hoping to have it at the maternal family estate Weyfield Hall, which his new money doesn’t appreciate.

Emma is hovering as usual, trying to take care of Olivia, wondering what’s up with her husband’s secrecy, and cooking up a storm. She is always cheery, but this Christmas she is hiding a secret of her own. She’s just gotten a cancer diagnosis. She’s only told her best friend, because she doesn’t want to ruin Christmas. Who cares if it might be a bit risky with the possible contagion. Her family is finally all together, and she wants to enjoy the entire week of Christmas.

The story is advanced in chapters in alternating POVs, which is another device that I love. Oh yeah — and it’s set in the British countryside, in a drafty old estate home with no cell service and more rooms than anyone knows what to do with.

This is a debut novel by Francesca Hornak, and I’ll definitely put her on my list of authors to watch.

« Forty Autumns: A Family’s Story of Courage and Survival on Both Sides of the Berlin Wall
Ready to Tackle Your TBR List? »