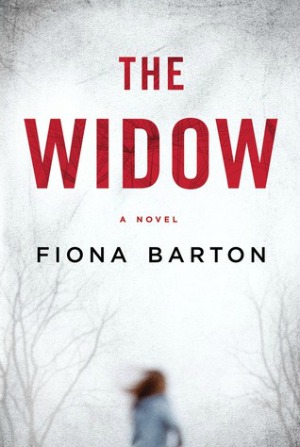 Jean was quite young when she married Glen Taylor. Young and inexperienced, she expected nothing more than a predictable married life. She can’t help but wonder if all the trouble that was to come began with their inability to have children. The trouble, though, should all be behind Jean now that Glen has died and she has become The Widow.

Fiona Barton’s debut novel begins in the aftermath of Glen’s death, with Jean falling under the spell of a reporter talented at making her journalistic targets comfortable. The story switches among the perspectives of Jean and two others- Kate Waters, the reporter, and Bob Sparkes, the lead investigator of the crime that Glen had been accused of four years earlier. Each becomes the focus of alternating chapters as the narrative jumps around in time from the present in 2010 and back to the time of the abduction of a two-year-old girl in 2006.

Was Glen a monster? That question seems easier to answer as the novel progresses, but the details are harder to pin down. As a reader, getting into Jean’s head is challenging enough, trying to figure out how authentic she’s being in her accounts, and determining what she knew and when she knew it.

Putting the marriage between Jean and Glen under a microscope gives intensely dark results, but watching what Jean will do once she’s free from Glen’s hold is more interesting, and definitely more unpredictable.

I’m not one to read suspense/thriller novels very often, but when this book was pitched to our review blog team, the first chapter was included in the email. I read that in a matter of minutes and was hooked. While I thought I had it all figured out early on, I was surprised by some of the details that eventually got filled in. The character voices are distinctive and evolve as the novel progresses, especially that of the title character. After coming off a bit of a reading slump, I was happy to find that I didn’t want to put this one down.

« The Immortals
Whiskey Tango Foxtrot: Read it Before You See It »