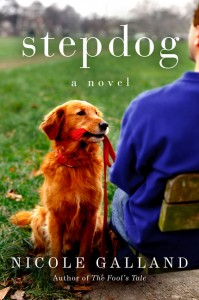 Rory is an Irishman living in Boston on a temporary visa. You’d think that the day he was let go from his job playing the violin in the museum due to a decrease in funding would be a bad one, but instead it turned out to be one of the best days of his life. He was a little overcome with emotion when he realized that he wouldn’t see his boss Sara every day. She had become a good friend, and so instinctively he leaned in and kissed her, and she kissed him back!

That was the beginning of a whirlwind romance, but things got complicated when Rory gets the audition for the part he’s made for — an Irish detective who plays the guitar and fiddle on the side, but he won’t even be able to audition until he has legal status. He has had a backup plan in place for just a moment as this. His cousin’s widow has agreed to a green card marriage if he ever needed it.

Sara likes Rory, and though they’ve only been dating a few weeks, they’ve been friends for a long time, and she thinks if anyone should be his wife, she should. So they get married in this hybrid of “just on paper,” and “maybe someday.” Things are actually pretty good between the two of them, except Sara is a little too attached to her dog Cody, at least in Rory’s opinion.

This sounds like your basic chick lit, right? Boy meets girl, boy marries girl, boy and girl have conflict. But it’s not. For one thing, it’s written from Rory’s point of view. A male point of view in this type of novel is not generally my preference, but he kind of grew on me. But the really different thing about this novel is that about half to two-thirds into it, something really changes. I don’t want to give it away, but it becomes a suspenseful game of cat and mouse (not literally). It totally surprised me, but it was a wonderful twist!