We welcome guest contributor, author Regina L. Brooks, with an excerpt from her book Writing Great Books for Young Adults: Everything You Need to Know, from Crafting the Idea to Getting Published. Learn more about Regina in her bio at the end of the post.

Before you even start putting pen to paper (or finger to keyboard), there are some issues that need to be addressed. A lot of writers out there think writing YA fiction is easy. It’s not. Some mistakes you might make will condemn your book to languish on the slush pile forever. So before we even talk about the nitty–gritty of how to shape your book—-character, plot, setting, point of view—-we need to talk about the five key elements that can make or break you as a YA writer.

YA Fiction Rule #1: The life of the story depends on the writer’s ability to convince readers the protagonist is one of them 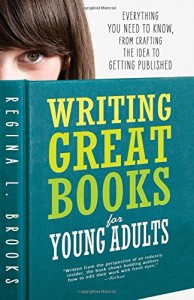 The Holden Caulfield rule: Don’t Be a Phony: Imagine traveling to a planet where your survival depends on hiding out among the inhabitants, where being recognized as a phony would mean instant annihilation. In that situation, you’d want to study the locals until you knew just how to look and sound and respond like them. It is the same in YA fiction. In this case, sudden death occurs when the reader, stumbling upon a false image, loses interest. The book closes with the splintering sound of a fatal bullet.

Holden Caulfield, the protagonist of J. D. Salinger’s Catcher in the Rye, was always railing against the phoniness of other people, particularly adults. The enduring popularity of Catcher in the Rye demonstrates that teens today are the same way—-they despise fakes.

YA Fiction Rule #2: Don’t be condescending to your readers

Avoid the Preach ‘N Teach: Young people won’t abide stories that suggest that their turmoil or idealism will pass when they “grow up.” Brent Hartinger, author of Geography Club, says, “I’m a big believer that kids are smarter than we think they are.…I think kids can handle complexity and nuances, and the advantage to writing that way is that the book appeals to both teenagers and adults.”

Many adults read fiction as an escape—-teens are no different. Imagine spending a long day in school, learning boring lessons ’cause you’re supposed to, having everyone from parents to teachers to employers telling you what to do, how to think, what to wear, then picking up a novel and having someone else trying to shove another lesson down your throat! I can’t imagine a bigger letdown.

Don’t deal with young people by trying to push them in one direction or another. Deal with them where they’re at now.

Soak it up! A word of caution: don’t emulate your favorite authors, but learn from them. You’ll want to create work that is truly your own. In the resource guide at the back of the book, you’ll find listings for websites that recommend great YA fiction, along with details such as schools that offer writing degrees with a YA focus.

The benefits to reading what’s already on the market are phenomenal. It will familiarize you with what’s selling, how kids today talk, what they wear, what issues concern them, and so on. If you don’t have easy access to a teen, reading books meant for teens is probably the next best thing to having a teen personally tell you what he or she would like to read.

YA Fiction Rule #4: Silence your worries about commercial considerations

Ideals first, meals later: Writing a successful book that aims to attract the widest possible audience should be every writer’s goal, shouldn’t it? The answer is yes and no. It helps to have a general audience age in mind, but you don’t want to be consumed with thoughts about how and whether you’ll sell your work.

This allows you to concentrate on your primary objective, which is to tell your story. If a nagging inner voice surfaces or someone discourages you, rather than pulling on earphones and listening to music as a teenager might, transform the voices through the power of your imagination into “white noise.” This is the all–frequency sound emitted from machines that imparts a feeling of privacy, calming you and allowing you to focus on that world you’re creating. Keep your artistic integrity—-your ideals—-ahead of how commercially successful—-your meals—-you want your book to be. If you focus on writing the best possible book, commercial success will follow later.

As your manuscript develops while you work through the guidelines provided in the ensuing chapters, your audience will become as clear to you as if you were speaking on a stage and looking into an auditorium full of people. If you subsequently work with an agent, the two of you can determine whether the manuscript should be pitched to editors specializing in YA, adult fiction, or both. But the fate of your manuscript will still be up in the air. Editors, who are invested with the power to buy or decline a manuscript, will ultimately determine to whom the book will be marketed.

The significant rise in the success of YA novels has opened the way for a multiplicity of categories, and just to give you an idea, I’ve listed some alphabetically: adventure, chick lit, comical, fantasy, fantasy epics, futuristic, gay–themed, historical, multicultural, mystery, religious, romantic, science fiction, sports, and urban. If your story idea doesn’t fit into any of these categories, you may have to invent one. Consider it an opportunity.

YA Rule #5: In your new world of YA fiction, erect no concrete barriers, instead forge new paths

The Undiscovered Country: From this point on, let your creative spirit be guided by YA Rule #5.The YA field welcomes innovators. Encapsulating the newness of the time, YA novels are being published in nontraditional formats. Three YA authors banded together to compose a novel. Another entry is an interactive book with websites that combines reading with the world of Internet gaming. What will your contribution be? Think fresh.

Remember that young people are trendsetters—-they’re always looking to differentiate themselves from others. It’s how teens forge their own identities. Don’t be afraid to push the boat out as well. Coming up with a fresh idea will set you apart from the pack and might be the thing that sparks an editor’s interest in your work.

Okay, consider yourself warned. Now that you know what not to do, it’s time to learn how to craft the next YA bestseller. Step by step, this book will walk you through the mechanics of what makes a great YA novel.

Find out more in my book Writing Great Books for Young Adults: Everything You Need to Know, from Crafting the Idea to Getting Published. 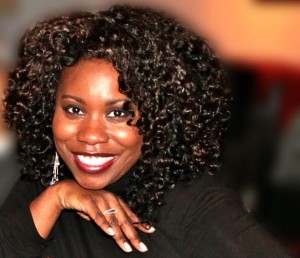 About the Author: Regina L. Brooks is the founder of Serendipity Literary Agency and has been developing award-winning authors and books for over a decade. She has been highlighted in several national and international magazines and periodicals, including Poets and Writers, Essence, Writer’s Digest, and Sister2Sister, Forbes, Media Bistro, Ebony, and Jet. She lives in New York City.