One advantage of living in what’s called “Hollywood East” is observing new movies as they’re being made. I was beyond excited to represent 5 Minutes for Mom on a set visit to the new film, Safe Haven. Safe Haven is the latest Nicholas Sparks novel to be made into a film. It stars Julianne Hough, Josh Duhamel, and David Lyons and filmed in the summer of 2012 in Southport, NC. 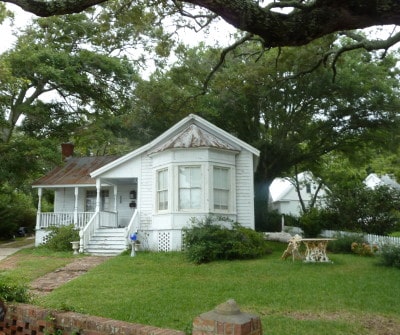 Southport is a quiet, sleepy town on the southeast coast of North Carolina. The town sits at the mouth of the Cape Fear River and almost seems to be surrounded by water. Nicholas Sparks said of Southport, “I think this is one of the most beautiful towns. Ten years ago, I was here for the filming of A Walk to Remember. I remember walking down here and I said, ‘I have to find a book for this place one day.'” 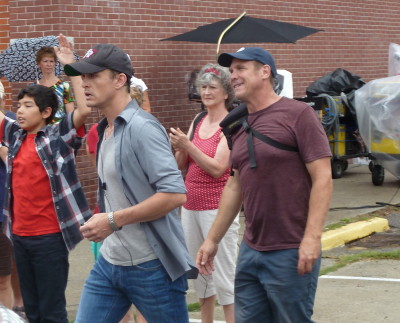 David Lyons at the peak of crazy in Safe Haven

We were able to walk around downtown Southport on the day they were filming a parade scene. Even though it was August, the town was decked out for the Fourth of July. David Lyons was in full-fledged crazy mode for his bad guy role. We walked by the scene of the store Alex (Josh Duhamel) owns, but it was unrecognizable after the pivotal fire. We went inside Alex’s house and the set dressers had filled the house with children’s pictures and artwork. We took advantage of every chance to pause and look out over the beautiful water. 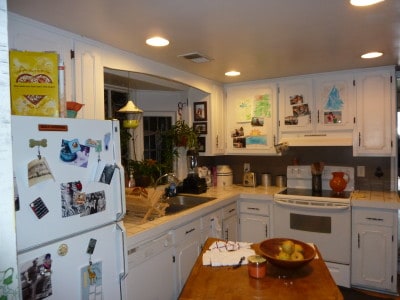 We had a few minutes to meet with Josh Duhamel and Julianne Hough. They were both engaging and kind. They both dove in to life in small town North Carolina, frequently tweeting about their favorite places. 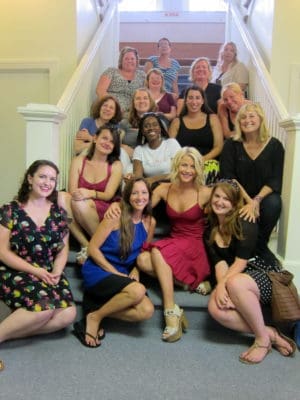 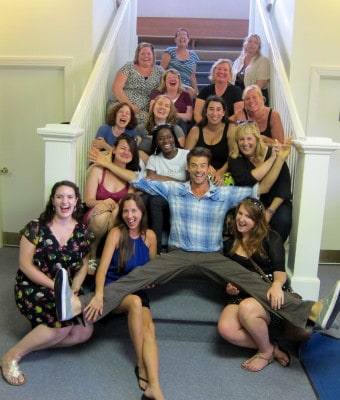 Southport is hoping to take advantage of the attention garnered by the film, as evidenced by the sign we found. 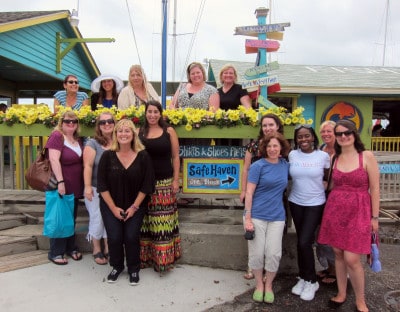 After the visit I had been counting down the days until Safe Haven was in theaters. Be sure to go see it, and you will wish for your own visit to our Safe Haven!

Click over to 5 Minutes for Mom to read my interview with author Nicholas Sparks from the set visit (and Shannon caught up with Nicholas Sparks at the movie junket last month).

A tremendous thank you to 5 Minutes for Mom, Big Honcho Media and Relativity Media for the opportunity to visit the set.

About Guest Contributor Amy Hodges: Wearer of jeans, t’s, and flipflops. Circled by Faith, Family & Friends that light up my world. Lover of laughter & frequent instigator of fun. Read more from Amy at her blog, A Million Boxes, and on Twitter @amymchodges.