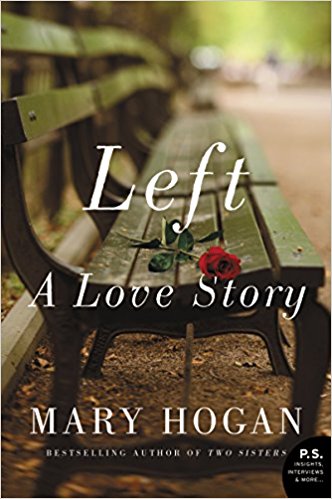 Paul Agarra is a highly-respected judge in New York city, passing learned judgements on cases from his high bench, respected, astute, dependable. So when he and his much-younger second wife Fay are on vacation in Barcelona, and he drops her off to run in a store promising to drive round the block and pick her up, and instead inexplicably goes to the airport to wait for her, Fay feels a cold shudder running up her spine. Paul shrugs it off as a simple misunderstanding, and his assistants at work assure her all is fine.

When the story opens, Fay has already retreated into a fantasy world as a way to deal with her husband’s declining mental capacity. She builds an elaborate pretense, wherein she lives in a gorgeous building with a humanitarian-minded pediatrician, who’s always off serving refugee children or orphans left behind after an earthquake. Meanwhile, in real life, Paul wanders off one day with their dog and has a nasty fall which requires surgery. The anesthesia has the effect of hastening the effects of dementia that were already present but hadn’t been acknowledged by anyone in Paul’s life, least of all Paul himself. Faced with the reality of losing their beloved husband, father and grandfather bit by bit, Paul’s family reacts predictably–some with homeopathic and nutritious cures, some with anger and blame, and some with simply love.

Left: A Love Story is a sweet tale of an awful reality. I must admit that I didn’t enjoy the fantasy bits, which read a bit breathless and gushy for my personal style. However, Left addresses an issue being faced by more and more people in our society: how to handle a loved one’s mental descent? A timely book dealing with an important issue.

« Tiny, Perfect Things
What Do They Do With All That Poo? »