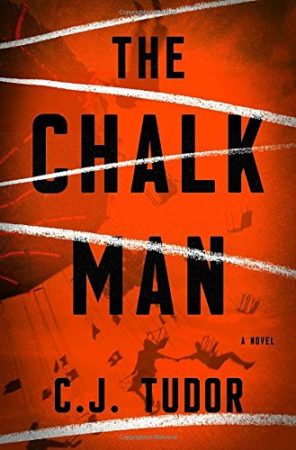 The year is 1986, and Eddie’s summer is looking to be boring and uneventful as usual when some seemingly unrelated events start occurring. A carnival ride breaks, almost killing a girl, a new mysterious teacher arrives in town, and a bucket of chalk turns from an odd gift into an unusual new game where the kids write messages to each other in code using men drawn with chalk. But when a tragic accident occurs, followed by a body found in the woods, the chalk men may be more than they appear.

In present day, Eddie has put his past behind him until he receives a note with a drawing of a chalk man, and then one of his childhood friends returns after decades away. Additional events cause him to look further into what happened 30 years earlier and find out what really happened during that fateful year.

The Chalk Man seamlessly alternates between 1986 and 2016, with twists and turns along the way in both timelines. The characters are well drawn and fully fleshed out, even the minor ones have reason and purpose to the story that makes sense. There’s a supernatural element to the story that’s never fully explained, as Eddie’s dreams both in the past and the present toe the line between reality and fantasy.

The Chalk Man is a fast-paced thriller and a great read to snuggle under the blanket with on a cold winter’s day.