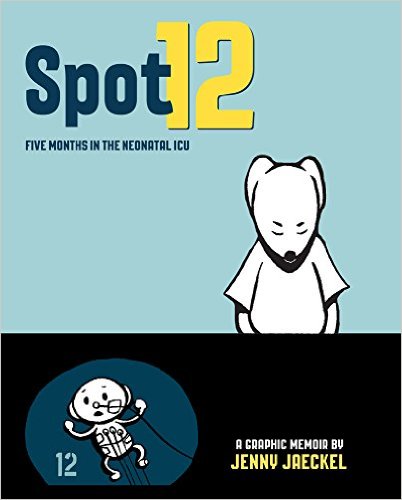 I have not been a fan of comics or graphic novels in general, though there have been some that I enjoyed, in particular a medical graphic memoir called My Degeneration, so when I was given the opportunity to read another book that combined memoir — which I love so much — with the graphic element that I am coming to appreciate, I jumped at it.

Spot 12: Five Months in the Neonatal ICU is Jenny Jaeckel’s story. She shares a bit about a her normal (“safest, most organic”) pregnancy, and delivery which required medical intervention instead of the natural birth she had planned. Her baby girl was born with many medical complications which landed her in the NICU.

That lends itself to many stories to be told.

Check out the TLC book tours page for more information about the author and the book.

« The Littlest Bigfoot
Life After Coffee »