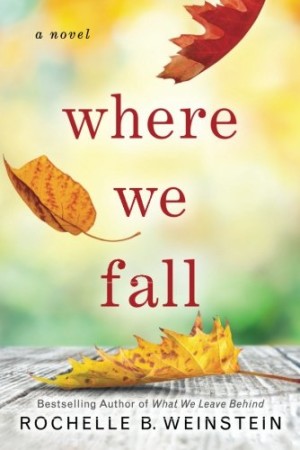 Years later, Abby has the life she’s always dreamed of. She’s married to the love of her life, a successful high school football coach, and has a beautiful daughter who is smart and independent. Only Juliana’s independence has come at the cost of her mother’s depression and anxiety, and Abby can’t get over the betrayal she committed years earlier that got her the life she has today.

Realizing that something has to give, Abby agrees to check into a facility that can get her the help she needs. She finally finds a therapist that can give her strategies to cope with her inner turmoil and confront her demons. But when her secret is exposed, can she hold on to the life that she holds dear?

Lauren has returned to North Carolina after years away, returning home to photograph a local waterfall that is the final one for her book. She’s unprepared for the memories that hit her upon her arrival, or to come across a painting of her and Ryan on her last day before she left to travel the world.

Where We Fall is very much a character-driven novel, which makes it a little difficult to review without giving away a lot of the story. It’s told from the point of view of the four main characters, whose voices were not as distinct as they could be. In addition to Abby and Lauren, Ryan tells of his own struggles with his wife and daughter, as well as the side story of his star player, who also happens to be dating his daughter, and his own troubles with his family and the law. And Juliana has grown up with a present-but-absent mother and doesn’t know how to deal with having her back in her life.

There is a big push to remove the stigma from mental illness and Where We Fall does a good job of helping that cause. Having never had to deal with depression or the crippling anxiety described in the novel, it’s hard for me to say how realistic it is, but I would think there are countless people out there who would identify with Abby’s struggles. I also enjoyed seeing the story unfold and seeing the characters grow.

Thank you to TLC Books for providing Where We Fall as part of the book tour.