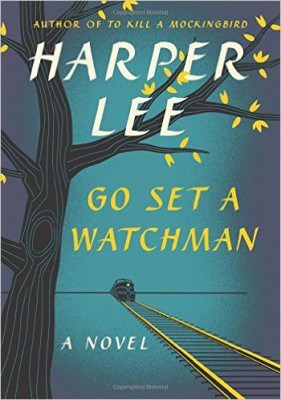 Ok, I know the controversy surrounding this publication as well as you do. Harper Lee didn’t want this one published–no, she actually did, claims a close family member–no it’s just the publishers being greedy, claims a friend. With that in mind, I decided not to spend money on the book, but I was curious enough to borrow a friend’s copy and read it. What I was most curious about was the reports that Atticus Finch, national hero and all-around Saint for Our Times, turns out to be a racist. How? Why? What? The mind reeled. How could Harper Lee DO this to us? Didn’t she know that in a world where our heroes most often turn out to have feet of clay or at the very least terrible foreign policies, we needed this one man to teach his son that heroism is strength of moral character not a man with a gun, and to show that racist Southern town that a black man’s word could be equal to a white woman’s?

Go to 5 Minutes for Mom to read my review of Go Set a Watchman as well as thoughts about why it’s a conscience for our times.