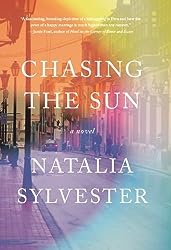 It’s been 4 months since Andres’s wife, Marabela, left him for a short period of time before returning to him and their 2 children. Now Marabela’s disappearance is not of her own volition — she’s been kidnapped. Peru in the early 1990’s was a time of political unrest and terrorism and was also plagued by kidnappings, and when Andres is strictly commanded by the kidnapper not to involve the authorities, Andres complies.

Andres enlists the help of his estranged mother and hires a kidnapping consultant who helps him through the process of negotiating with the kidnappers so he can get his wife back. He tries to maintain a sense of normalcy but he’s not used to being home during the day and is awkward with the maids, unsure of how to act around his children, and has to fend off Marabela’s friends, all while trying scrape together the money to get his wife back. How much can Andres sacrifice in his life to get back the woman he loves?

Interspersed with the present day are flashbacks to important moments in Andres and Marabela’s life together — how they met, her influence in his starting his own business rather than following in his father’s footsteps, the reason for the estrangement from Andres’s mother, the reason Mari left Andres for that short period of time.

What makes Chasing the Sun such a good novel is it brings to light real issues — how much can an already broken marriage survive? How can two people on the opposite sides of the same event share their experiences without belittling what the other went through? The fact that the story is based on real events in the author’s life makes it all the more haunting.

With clear writing, realistic characters, and a high-tension setting, Chasing the Sun is a novel that I recommend. Find out more at the TLC Book Tours page.

One of you can win a copy of Natalia Sylvester’s new book. Follow the instructions in the widget below to earn one or more entries.

Entry-Form
« The Death of Lucy Kyte
The Vacationers, a 5-Star Read »