Thanks to a book I requested at one point from Papercutz Graphic Novels, some fun books show up on my doorstep. Many of them excite my 3rd grade son Kyle, but none more than the Ninjago series. I reviewed the Tomb of the Fangpyre a while back, so for information about the format and layout, check out that review. I can say that Kyle enjoyed these latest two as well, so I wanted to give you a heads up about their availability. 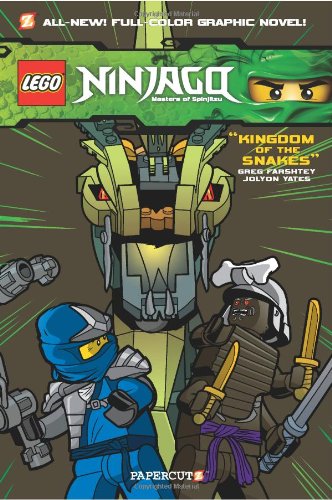 LEGO® Ninjago #5: Kingdom of the Snakes

Jay flies the Storm Fighter through a terrible storm and survives! But he may not be in Ninjago anymore! He’s stranded in a frighteningly similar world where Sensei Wu’s ninja team was never formed, and the consequences are nightmarish! See what has happened to this world’s Cole, Zane, Kai, and even Jay in “Kingdom of the Snakes”! 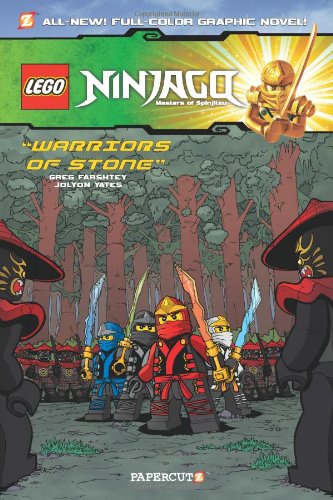 Jay, Cole, Zane, Kai, and Sensei Wu are strangers in an even stranger land — Garmadon City! But the name is not what’s strange! The fact that everything is made of stone — the streets, the buildings, the trees, even the people — that’s the really strange part. But how do you save people who have been turned into stone who don’t want to be saved, and will do anything to stop you? That’s exactly what the Masters of Ninjitzu must find out before it’s too late!

These books are high-quality and low cost. I recommend them highly to your young Ninjago fan. Graphic novels were responsible for my own son moving from a kid who could read, but didn’t care to, to a kid who will now read almost anything.

« On Reading: Top Five Tools for Writing
Bloom: Finding Beauty in the Unexpected {Review and Giveaway} »