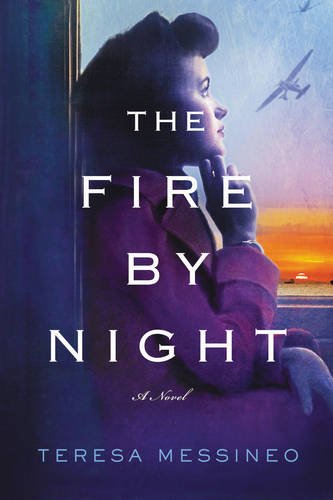 Josephine McMahon (half-Italian, half-Irish) and Kay Elliot were both nurses in New York city and best friends. They’re attracted to their opposite experiences; Jo’s childhood in an unheated tenement building in the city, and Kay’s idyllic small town in the hills of Pennsylvania. Together they managed to survive a predatory and abusive doctor. When war broke out, they both signed up for the army. Now in 1945, Kay is a POW held in a Japanese internment camp in the Philippines, while Jo is on the Western Front somewhere in France.

Jo has been left alone when enemy bombs destroyed the rest of her hospital convoy. Now she is struggling to single-handedly keep six seriously wounded soldiers alive, in a tent with makeshift beds without penicillin, clean bandages, or anywhere near enough food. She is determined and fierce and will do anything to keep those soldiers alive, even though she has gone through so much and is so internally wounded that she feels completely numb. She is willing to suffer for them, but she is determined to never love or care for anything again. She’s lost her beloved brother, her friends, and anyone she’s ever cared for, and she’s just seen and survived too much. So she is unprepared to have her soul ripped open again as she begins to have feelings for one of her patients.

Kay, meanwhile, is slowly starving to death. Her entire world is cruelty and pain, watching prisoner after prisoner succumb to death and doing her best to keep them alive. Barely breathing herself, she supports other nurses and they support her, in attempting to relieve suffering. Her previous life–swept off her feet by a handsome airman (which sounds awfully cliche but is well-written, don’t worry), a secret marriage–now seems a mirage. She thinks of Jo sometimes with a sense of unreality, wondering if she’s even survived.

The Fire by Night does an excellent job of bringing to life the extreme hardships and deprivation of war for a generation of readers who haven’t known anything like it. (thankfully!) It showcases the grit and determination, the sacrifice and perseverance, of women, and especially of nurses. Both women, even when stretched past their breaking point when they would gladly have died, keep themselves going for their patients. It’s heroic and inspiring. I was also thankful that it didn’t end when the war ended, but shows its heroines adjusting to civilian life, painfully and slowly. Author Teresa Messineo researched the book for 7 years, and it shows in the intricate details of daily life, the knowledge of battles and places. It’s very well done.

« The Girl Before
Nerd Camp Briefs »