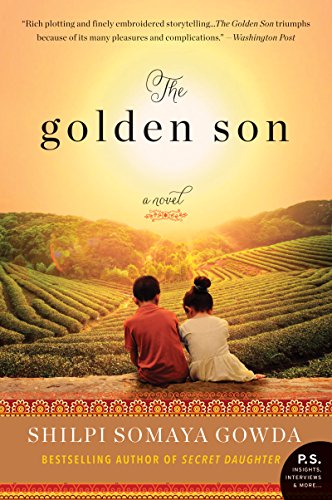 Anil Patel is living between two worlds. He grew up in a small Indian village, eldest and favored son of the leader and arbitrator. His father urges him to become a doctor, and Anil qualifies for a prestigious residency in a teaching hospital in Dallas, Texas. He lives with 2 other single Indian men, found through a newspaper ad, and plunges into the exhausting world of residency and culture shock. He is dismayed to realize that in spite of America’s touted meritocracy, there is still favoritism and prejudice, but he loves the work and makes good friends. He misses his home, but when he’s in India he misses Dallas (an experience common to ex-pats everywhere). When his father dies, he is forced to take on the role of village judge, a position he feels desperately unqualified for–especially as his experiences in the hospital, where mistakes result in patient deaths and he’s not the favored, golden boy–have shaken his confidence, and his experiences in America have distanced him from village life.

Until about the age of 12, he had an untraditional friend–Leena, a strong-willed and feisty girl, good friends with Anil’s sister and their closest neighbor. Together they climbed trees, hid in gullies from other children, and forged a deep and lasting friendship despite their gender and caste differences. Anil’s mother thinks of Leena as absolutely unsuitable for her treasured boy. Leena is married off to a man from a village an hour’s drive away, a man neither she nor her family knows personally ahead of time. Her new husband demands a high dowry, but Leena’s parents are happy to do all they can for their beloved only daughter, and willingly go into debt. The marriage does not go well. Leena’s new family proves to be cruel and abusive. Leena’s only joy is playing with her new niece and nephew. But soon she finds herself committing an act that was previously unthinkable, one that will damn her to be an outcast forever in the eyes of her neighbors.

The Golden Son traces both stories, although the emphasis is definitely on Anil and his experiences. He is a very realistic character (honestly, I feel I would recognize him on the street), from his stammer in times of stress to his high expectations of himself that are dashed as he realizes his own lack of knowledge, lack of courage, and lack of wisdom–something we all realize in our 20s. As a doctor, his mistakes can result in people dying—something that he struggles to come to terms with. Leena too is endowed with a tenaciousness and bravery that shine as unusual but realistic. Both characters grow and change throughout the book, and the secondary characters are fully developed as well, so that the book is richly peopled. Anil dates an American woman at one point and ends up visiting her family in small-town Texas. Even though he of course stands out like a sore thumb, he is perceptive enough to realize their similarities, both coming from small villages and making their way in a big modern city, loving those left behind yet not willing to return. Ultimately their differences are too great, but Anil learns from his time with Amber. He also recognizes on his brief journeys to India that other people’s expectations can be heavy burdens to bear, and he struggles with how to balance the needs of the two parts of his life with discovering his own true essence.

I thoroughly enjoyed this book. It might not be perfect–some of the character’s growth seemed a little too easy, for example (I’m thinking of the mother) and Leena’s husband is one-dimensional–but it’s very very good. Gowda has a real gift for creating people and situations that ring true, that draw us in, that show us ourselves in characters who are outwardly not like us at all. Highly recommended.