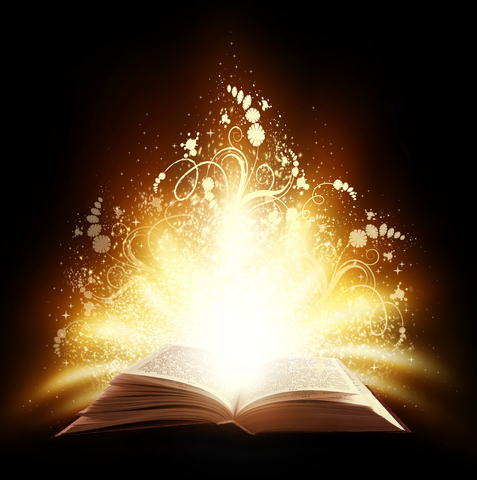 “The realm of the fairy-story is wide and deep and high and filled with many things…shoreless seas and stars uncounted; beauty that is an enchantment and an ever-present peril; both joy and sorrow as sharp as swords,” said J.R.R. Tolkein in his classic and celebrated essay On Fairy Stories. “I have not studied them professionally. I have been hardly more than a wandering explorer (or trespasser) in the land, full of wonder but not of information.” (33) Although compared to me, Tolkein was an absolute expert, we do share a love of visiting the land of Faerie, and exploring its depths.

And we’re not the only ones, me and JRR. A quick glimpse into recent publishing lists reveals that interest in fantastical tales is higher than ever. The popularity of shows such as Once Upon A Time or The Hobbit shows that the genre has reached audiences of all types, and there’s a plethora of young adult books that retell the old tales with new twists, taking as their inspiration stories as diverse as Sleeping Beauty, Hansel and Gretal, Beauty and the Beast, or Bluebeard.

What is it about these tales that so enchants? From W. B. Yeats rewriting the old Irish tales of “dishevelled wandering stars” (Who goes with Fergus?) or “the silver apples of the moon, the golden apples of the sun” (The Song of Wandering Aengus) to C. S. Lewis speaking of “the scent of a flower we have not found, the echo of a tune we have not heard, news from a country we have never yet visited*”, there’s something about the story of a dragon, or a younger son, or a quest for which wisdom and special gifts will be needed, that just draws us in. And the modern interpretations? What if the professor of classics at that small midWestern college really was the Queen of Fairie, drawing unsuspecting undergraduates to certain peril and potential entrapment? It could happen. (see Tam Lin

. I love that book. I’ve got a cold and when I finish writing this, I’m going to go reread it in bed.) The wardrobe might sometimes be bigger on the inside than on the outside. We could have Hobbit blood–we’re certainly a short family with curly hair, and it makes a certain amount of sense. 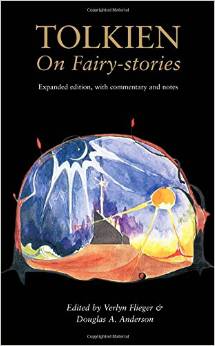 Disney’s bastardization of fairy tales to allow for only a certain interpretation has led people to think the popularity of fairy tales is simply, “Oh, we all just want to be princesses,” but there’s so much more to it than that. Marina Warner in her book Once Upon A Time talks about how practical these tales were at the time they came to be; how during a time when hunger was an ever-present threat, a magic pot that constantly refills itself with a hot dinner made sense as a wish; how during a time when mothers often died in childbirth, stories of overcoming adversity were inspirational. Of course that’s true no matter the time. It’s fascinating to view variations of tales from cultures around the world; while many cultures have Cinderella tales, a Chinese polygamous culture has a version where the first wife is cruel to the heroine, rather than the step-mother.

I think they are popular for some of the same reason that murder mysteries are popular–because inherently, we know this is how things should be. The girl who is kind to the dwarf SHOULD be rewarded; the monster SHOULD be vanquished; there SHOULD be a key that unlocks all mysteries and all knowledge. Unfortunately, life isn’t often like this.

My own love of fairy tales, combined with my interest in literature, draws me towards those who study the art of the folk tale and legend, the origin of the myth and the archtype of the stock characters. I recently read 2 new collections of tales–one newly discovered and the other just written. (See my review here) 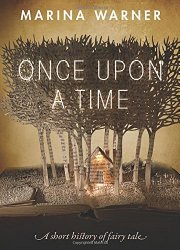 Marina Warner has studied fairy tales from their murky origin in history, through their manipulation, prodding and shaping into “acceptable” tales by the Brothers Grimm or Andrew Lang, and on to their modern retellings by feminists or psychiatrists. In her book Once Upon a Time: A Short History of Fairy Tale

, she says, “…fairy tales should be like the splinter from the spindle, they can enter you and remain for a hundred years of dreams.” (112) It’s a great book, a scholarly treatise that is very accessible and enjoyable.

She looks at psychologists’ interpretations of archtypes and their limitations, and at feminists’ reclaiming the tales and recasting them with princesses who are strong as well as beautiful (although I think in many traditional tales, the women are very strong characters with the exception of those poor passive princesses who perennially need rescuing. Again, really dislike how Disney has reinterpreted and simplified things. Also I love many of the new versions.). She traces the origins across borders and various permutations. “Every story can be retold differently,” she says. (143)

What about you? Do you, too, feel the lure of the words once upon a time? Do you love younger sons and magic swords, princesses locked in towers, bears who are really princes? Do you, too, “linger in the chambers of the sea by sea-girls wreathed with seaweed red and brown?” (from Eliot’s The Love-Song of J Alfred Prufrock) Let’s discuss this in comments.

*that’s from his essay The Weight of Glory and yes, I know he’s not exactly talking about fairy tales, but he is too, in a sense, and it’s such a gorgeous quote. He wouldn’t mind me taking it a wee bit out of context. The entire essay is beautiful and about true things; go read it.

Oh, and just in case you were wondering, I got a copy of Once Upon a Time: A Short History of Fairy Tale free from the publisher in exchange for telling you about it and giving you my honest opinion. The other books referenced here are from my personal library, which has a rather large collection of fairy tale stuff. We only scratched the surface today.

« Counting Crows
One Plus One, Book Club Guide #Giveaway »