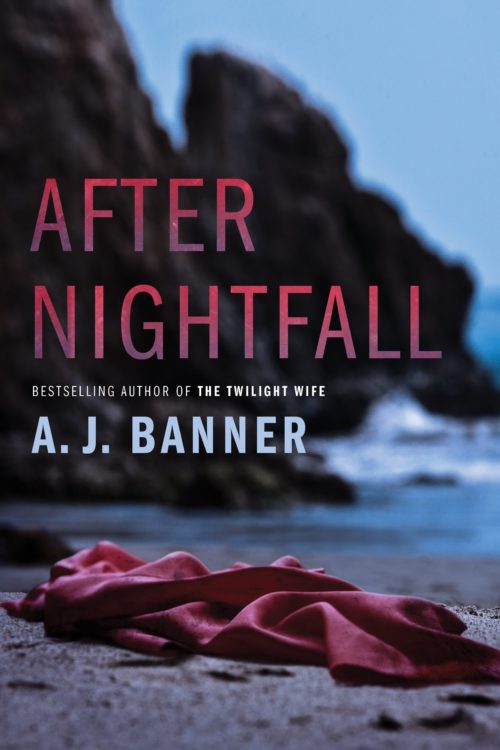 Marissa Parlette is living the dream…sort of. She’s fallen deeply in love with Nate, who seems nearly perfect! He’s handsome, an EMT who cares deeply about other people, lives in a cliffside house northwest of Seattle, and has a darling 9 year old, Amy. She was the reason the two of them got together in the first place, as Marissa is a speech pathologist at the local elementary school, and Amy struggles with stuttering.

On the night they plan to announce their engagement, Marissa has invited Nate’s brother and his wife, as well as her two best friends from college, now married. There’s history there. Lauren, Marissa’s friend from kindergarten all through college, betrayed her, and the two didn’t speak for years. They recently reconciled though, and Lauren actually lives next door to Nate. Now, on this night, Lauren is drinking too much and flirting with Nate. The evening, instead of being delightful, is nightmarish. That night, Marissa takes a sleeping pill, but groggily wakes up enough to see Nate checking a text on his phone and then going out–possibly a call to work, but possibly not. In the morning, she goes for a walk to clear her head, and finds Lauren’s body smashed on the beach below the cliff.

Marissa does not know where to turn, or who to believe. Nate explains that he was at work, but he keeps getting these middle-of-the-night calls, and when she actually follows him once, he doesn’t go to work. Brynn, Lauren’s daughter, seems to have an odd style of grieving. Amy runs away and hides in a tree house, and her mother shows up, seeming eminently sensible and utterly unlike Nate’s description of her.

Marissa returns to her own cottage, only to find her bedroom ransacked, her wedding dress stolen, and her bottles of perfume smashed against the wall. She also finds herself frequently calling 911 in the upcoming days, as she tries to find answers as to who could have killed her friend, or if she could possibly have fallen accidentally or even hurled herself off. At one point, she becomes very paranoid, and the detective in charge even suspects her. I wasn’t sure what to think either. Could she have been seeking revenge? Is she right to not trust Nate? What’s going on with Amy? Is a happily-ever-after still possible for this family?

Well, I’m not going to tell you, but I encourage you to find out for yourself. I enjoyed After Nightfall although I did get impatient with Marissa in the middle, like I said. Still, the ending is satisfying, and it’s a good summer read–set on the northwest coast in the fall, its cool forests, crisp cold nights and foggy mornings a perfect place to spend your mental time right now.

Connect with A. J. Banner

« America for Beginners
The Death of Mrs. Westaway »