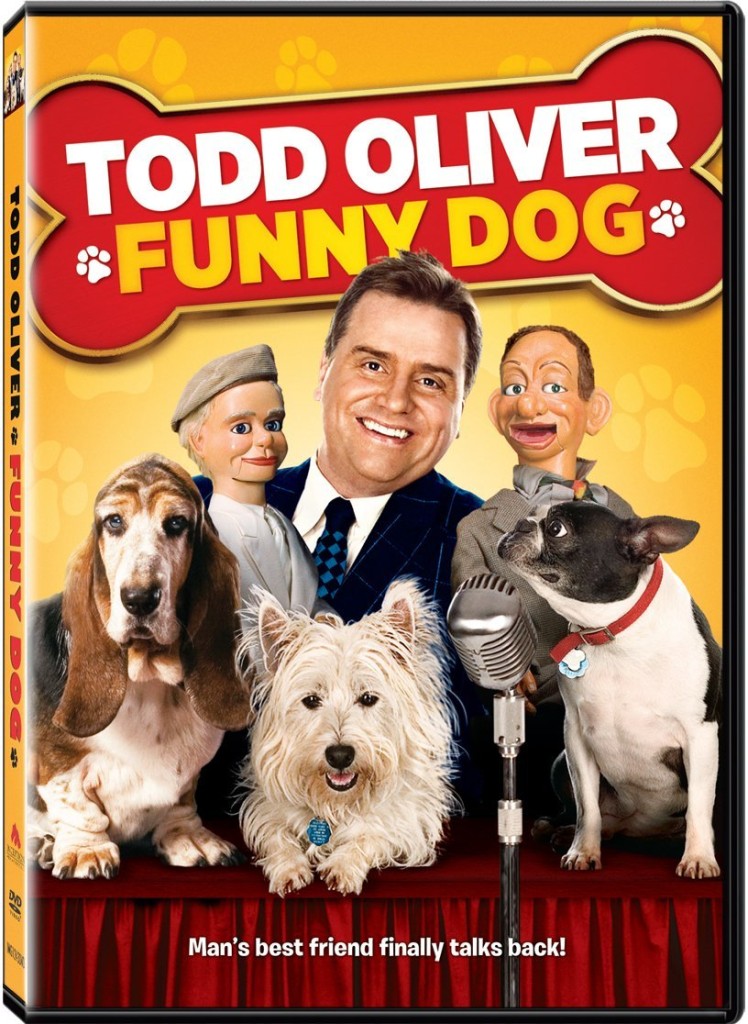 My son and I recently had a night where it was just going to be the two of us. Having recently received Todd Oliver: Funny Dog for review, I thought it would be a fun thing to watch together. I told him that I had something that I think he’d like, but when we got home and he looked at it, he balked because “It doesn’t really look like it has a story.”

No, he wasn’t familiar with a comedy show, but he’s a pretty funny kid with a good sense of humor, so I thought he would like it. This was a good DVD to watch as a family. Aside from a few Kardashian references, it was clean and family friendly (That doesn’t make it unfriendly for families, there were just references like that which meant nothing to my son).

Oliver is a ventriloquist who makes dogs and dummies talk. One of the funniest segments was when his dogs answered questions from the audience. Oliver worked well on his feet, which is handy since animals can be unpredictable, so he could turn an “accident” into a funny scene.

FYI — only two of the dogs and one of those dummies pictured is actually featured in this DVD. If you are a giant Todd Oliver fan and are looking for the basset hound, you won’t see him. Irving (the black and white dog) is in most of the routines.