Search Results for: trail of echoes 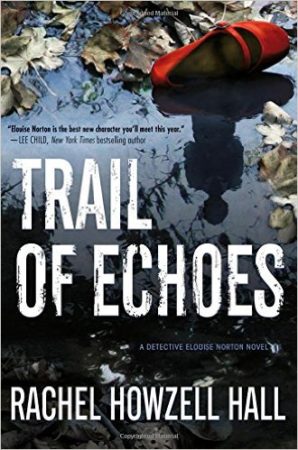 Detective Elouise “Lou” Norton grew up in The Jungle, a ghetto of high crime and high drug use, but she got out. Now she’s dismayed to find herself visiting again, this time as not just bad cop but worst cop–a homicide detective with the worst possible news a family could hear. The victim Chanita Lords, like Lou’s former self, was a black girl on her way out–a good student, interested in photography not gang-banging. And Lou is beginning to notice a pattern. Another black girl, this one a poet, was reported missing a couple of months earlier. And shortly after Chanita’s burial, a dancer disappears from the same apartment complex. These are girls with ambition, honors students, gifted in the arts. And all, like Lou herself, are missing fathers. Usually the men in their lives just abandoned them, but there are exceptions–one’s father died in Afghanistan.

Around this same time, Lou finds herself with two men in her life. There’s Sam, the assistant DA, a man with gorgeous green eyes and unlimited understanding and patience for the long hours her job requires. But suddenly there’s Zach, an attractive doctor she meets in the park when they find Chanita’s body, who keeps emailing and texting. Additionally, her long-estranged father, who left when she was 8, has decided he wants back into her life. Lou’s life has not been easy. “It was your job to teach me how to deal with the wolves!” she shouts at him the one time she decides to talk to him, after he visits several times and calls everyone she knows. She may have gotten out, but her sister didn’t–she was kidnapped and murdered at the age of 17, and Lou and her mother have only recently recovered her bones and found some closure.

And there’s the “monster,” as Lou dubs him, the man abducting and killing these girls. He leaves ciphers for Lou to unravel, and little figurines on her car. But these tantalizing clues arrive just too late to save the girls. It’s obvious that he has a fixation with ancient Greece, that he views these girls as his Muses, sending them on ahead into the afterlife. He leaves each girl grasping her second molar, the tooth you lose on the cusp of physical adulthood at the age of 12 or 13. But it’s becoming evident that he thinks Lou could fit the pattern.

Race is an issue in Los Angeles, and this novel doesn’t shy away from it. Lou and her partner are constantly being told they don’t care because the missing girls are black and poor. Tension between blacks and Latinos are evident. Lou’s closest friend is also a journalist, and the tension that creates between them is at times unmanageable.

Trail of Echoes is a great book. It’s got suspense and horror, but doesn’t overwhelm, although it can be heartbreaking. The characters were well fleshed-out and believable, and I didn’t figure out who “dunnit” early. This is the third book featuring Detective Lou, and I for one am happy to have a new series to love. 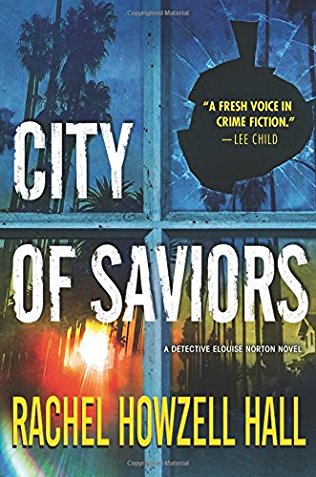 There’s really no reason to suspect foul play in the death of elderly veteran Eugene Washington. It’s brutally hot in LA, and the man was eating leftovers from a holiday barbecue hosted by his church–food poisoning wouldn’t be surprising. Detective Lou Norton is just checking details to make sure. There are some things that just don’t add up. Additionally, there’s the supposed girlfriend, whining about the gold bullion Washington supposedly promised her, while hanging around with another man, this one with a rap sheet as long as his arm. Plus there’s the fact that Washington’s only family seems to be the 6000-member Blessed Mission Ministries, a mega church who makes sure all of its members are up-to-date on their wills, and who put on the barbecue that provided the suspicious potato salad and peach cobbler. But when the food poisoning proves to have had a different source, and when a search for the bullion turns up more than expected, Lou and her partner Colin are in for a wild ride that will take them to some very dark places.

There are so many suspects! There’s the Bishop, whose church may be profiting from the deaths of some of its elderly members, and his wife, a real estate agent who is super friendly with Lou’s partner Colin. There’s the girlfriend. There’s the weird trio of women who hang out on the sidewalk and bang on tambourines, one of whom was kicked out of the church. And more–there are enough things uncovered and plot twists to keep the reader guessing.

This is my second Detective Lou Norton, although the fourth in the series (linked to my review of Trail of Echoes), and I am really enjoying both the character of Elouise Norton (with her backstory of loyal girlfriends, estranged father reaching out to her, and more) and the way the city of LA and the LAPD almost become characters in their own right. Lou’s tough and unsentimental, but at the same time, she is determined to be a voice for justice, and that includes for those living life on the margins of society. She’s tenacious too, as a black woman working with predominately white men would have to be.

She’s still dealing with a lot of physical pain from her near-death experience at the end of the previous book, not to mention the psychological and emotional issues that event provoked. Her tenacity and courage in catching the perpetrator led to a much-deserved promotion, but some of her colleagues resent that. Lou finds herself needing to ignore warnings and advice alike in order to finally figure out the truth behind Eugene Washington’s death. City of Saviors is a very satisfying read. Highly recommended.