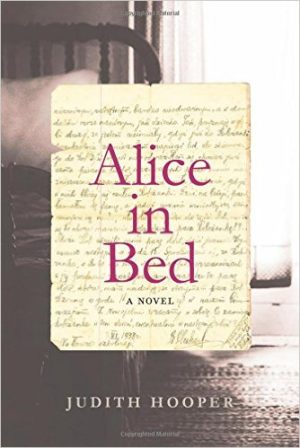 Some books don’t hit home with every reader. Our reviewer was interested in the premise of this historical fiction  novel based on the life of Alice James, sister to author Henry and groundbreaking psychologist William, but it wasn’t what she expected. Instead we are posting the Q&A from the author. The reviews on Amazon are pretty good, so check them out to find out more.

1. What was it about Alice James personality or profile that provoked you to devote so much time in
writing this book?

Odd as it may sound, I was drawn to the idea of a character with a vivid inner life and (at one point) almosto outer life. I had to imagine how she would entertain herself, what she might think about, what a brilliant, creative mind would do in that situation.

2. Where is the Alice James archive and how much other research did you have to do for the book? Would you say the book is more historical or more focused on fiction?

There is an enormous collection of James family letters at Harvard’s Houghton Library. There are
fascinating letters between Alice to her friend Anne Ashburner in the National Library of Scotland in
Edinburgh, which is accessible online. I read Henry’s novels, family memoirs, and travel writing; Harvard histories; William’s psychological writing; letters and memoirs of other Bostonians of the period. I consulted railroad timetables, 19 th century medical tracts, steamship narratives, and women’s magazine like Godey’s Lady’s Book.

Although I did substantial research, and I tried to remain true to the person Alice James was. Alice in Bed is a work of the imagination. The James family, like many people of the time, burned many of their letters, and I like to think of some events imagined in the novel as the letters that went up in flames.

3. What does the story say about women’s lives in the Alice James era?

The last quarter of the nineteenth was an interesting time for upper class women like Alice James. Women were still denied the vote; there were no female colleges in Alice’s youth; and in the eyes of the world women belonged to the sphere of home (as opposed to “the world”) On the other hand, in reality, women were largely in charge of the arts, and virtually all the charities and social work. In Alice’s day many of the great Boston hostesses were deeply committed to Hegelian philosophy, Ruskin’s artistic theories, and other serious intellectual matters. While late Victorian men saw themselves in charge and running the show, you get the sense that powerful women sometimes ran rings around them. Alice James had access to the most brilliant intellects of her day (including her brothers) and she could joust with the best of them.

5. Are you working on another historically focused novel presently — or what might the reader look
forward to from Judith Hooper?

I’m working on a novel set the present time, but I wouldn’t be averse to writing another historical novel. I’m interested in exploring the World War II era and the 1950s. We’ll see.

6. Did you find yourself drawn to the entire James family while doing research?

Absolutely. It was like having a huge crush; I even dreamt about them. They were unlike any other family. In a way they had their own language. William James, the philosopher and psychologist, was about a hundred years ahead of his time and was so mesmerizing that people stopped talking at dinner parties to listen to him. (He also hypnotized people; sometimes half the guest ended up on the floor.) Henry James was Henry James—the Master. Both were very close to Alice; she adored them and they her (though my novel records several significant quarrels between Alice and the mercurial William). The younger two brothers, who fought in the Civil War, moved to the midwest in their early twenties, so they aren’t as much a part of the story in Alice in Bed. Alice’s father, Henry James Sr. was a mystic and a spellbinding talker and was probably rather psychologically unstable; her mother was more prosaic but extremely capable. I hope readers will have the feeling of eavesdropping on James family dinners. Boston was full of extraordinary characters in the late 1800s and the James family knew them all.

« Connected Underneath
It’s Okay to Laugh »