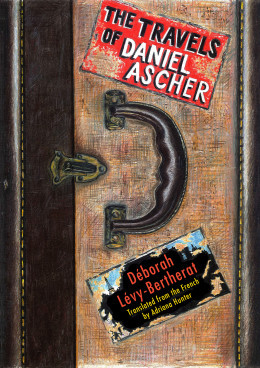 Helene has recently moved to Paris as a student at the Institute of Archeology and is staying in a room owned by her father’s uncle, Daniel, a man she has found vaguely distasteful ever since childhood. He is the author of the wildly successful Black Insignia books of adventures for children, which follow the hero through the jungles of Peru or the Sahara desert, always rescuing and helping and ensuring that truth and justice win. When he visited Helene’s family when she was growing up, he would sit at the children’s table and re-enact his latest adventure, somewhat offending the fastidious Helene, and he always seemed a little uncomfortable with the adults, although he favored Helene and her brother, giving them special presents.

Now Helene begins to encounter Daniel as an adult herself and she finds him different, less manic, quiet and secretive. He still disappears for weeks on end, but her new neighbours fill her in on him. They knew him when he was a Jewish child in Paris, before his family were taken and he was sent to live with Helene’s grandmother and her family in the south. And Helene begins unwittingly to follow her own quest, to discover the truth behind her great-uncle’s writings and the man he really is.

The Travels of Daniel Ascher

is deceptively simple and short, but it goes deep and lingers long after you’ve turned the last page, one of those books that contains much more than the story on the surface. I’ve already read it twice, and enjoyed it more the second time through, knowing the ending but musing on the various revelations. Helene is naturally cautious and at first seems a cold fish, but as she begins to research Daniel’s life and her own family history, she becomes a much more sympathetic character. She digs beneath the surface, searching for truth behind polite cover-ups and deceptions.

The novel deals with the role fiction can play in interpreting the past, and how family stories have a way of popping to the surface, visible to those who are paying attention. It also addresses the fact that sometimes, surviving isn’t enough, and that there is a difference between surviving and healing, thriving. The novel ends with hope and sorrow mixed, as life is.

I highly recommend The Travels of Daniel Ascher. It’s a book you’ll read again and again.

« A Good Killing
The Monogram Murders »