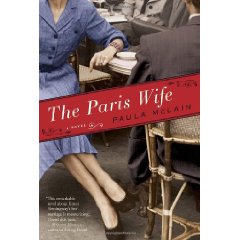 The Paris Wife is one of those novels that grabbed hold of me right from the start and never let go. The story starts in the midwest in the early 1920’s, where a young Ernest Hemingway meets and falls for Hadley Richardson, a woman 7 years his senior. I’ve always loved the 20’s — such a culturally revolutionary time for the U.S., so that was probably what first drew me to the story (that and — Paris).

When I’m reading a book, I don’t like spoilers. I want to be carried away by the story, not knowing which way it’s going to turn, and not allowing myself any preconceived notions about the characters’ actions or the results of them. But this book is based on the premise of a spoiler. Hadley was Hemingway’s first wife. It was with her that he spent those years in Paris living that life that is so mythically well-known as an artist expat along with James Joyce, Scott and Zelda Fitzgerald, Ezra Pound, and Gertrude Stein, who all appear in the novel as well.

Knowing that this was a novel about his “first wife,” I knew the marriage was doomed. Reading it with that knowledge, the relationship seemed even sweeter, because the fragility of a marriage was in my mind the whole time.

In addition, armed with the sad truth that Hemingway eventually took his own life, the darkness in him also served as a type of foreshadowing throughout.

When I think of Ernest Hemingway, I think of big fish and war. I’m not particularly fond of fishing or fighting, so needless to say, I haven’t read any Hemingway since my obligatory reading of The Old Man and The Sea in high school. You don’t have to have any interest in Hemingway to enjoy this book.

That said, after reading The Paris Wife, and after recently learning to appreciate short stories, I checked out a short story collection of Hemingway’s from the library hope to add to my understanding of Hemingway as a writer (since there’s a lot of talk in the plot of the novel about his style and craft).

A Moveable Feast is his memoir of this time in his life, and I think that I might want to check it out as well to see how his own memories stack up. 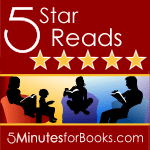 The Paris Wife is written in first person, almost as if it’s Hadley’s own memoir, because it is told with flashes of hindsight that only come once we’ve experienced a situation and learned from it. But regardless of how accurate (or not) this fictional portrayal of Hemingway’s time in Paris is, The Paris Wife is a stellar novel, and I give it 5 Stars (check out our page with all the best of the best).

It’s the kind of novel that carried me away as I quickly became immersed in the setting, characters and dramatic tension.

A few years ago Jennifer Donovan visited Paris. Although she did not see it through the same booze-soaked eyes as the partying expats of Hemingway’s generation, she fell in love. She blogs about her family, travel, and books at Snapshot.

This review and others are linked to Semicolon’s Saturday Review of Books.

« Another Dawn
On Reading: For Expectant Mothers, and Beyond »